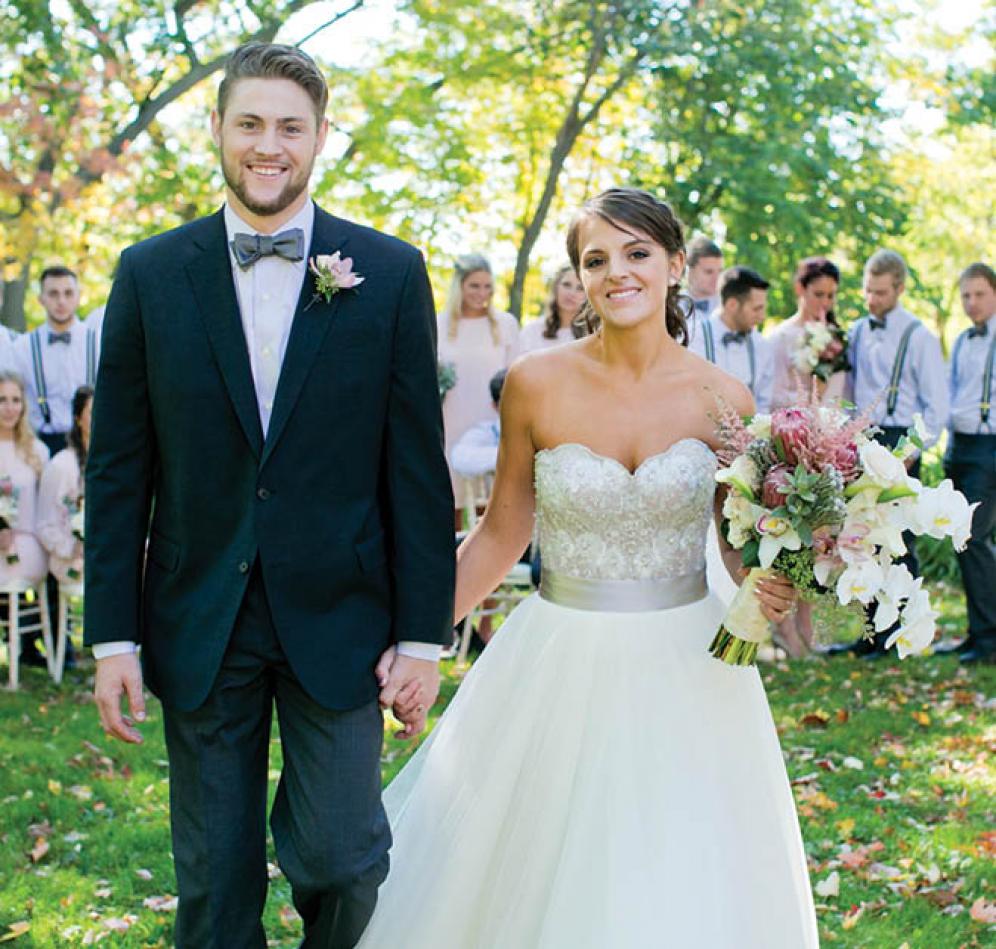 Within just a few short months of dating, Alexandria “Sloan” Becher knew Corey Sullivan was the one. The pair met in February 2015 and were engaged by December. “We fell hard and we fell fast,” says Sloan. As lovers of all things outdoors, Sloan and Corey looked forward to a fall wedding featuring an earthy, natural look, filled with greenery, succulents and natural wood décor. With nearly 300 guests in attendance, the couple’s wedding was a true celebration of not only the love they have for one another, but also the joining of two families. “We each wrote and recited our own vows,” says Sloan. “I took vows to Corey’s 3-year-old daughter, Hadley. My family members took vows to Corey, and Corey’s family members took vows to me. Our wedding day was magical, and everything I could have ever wanted.”