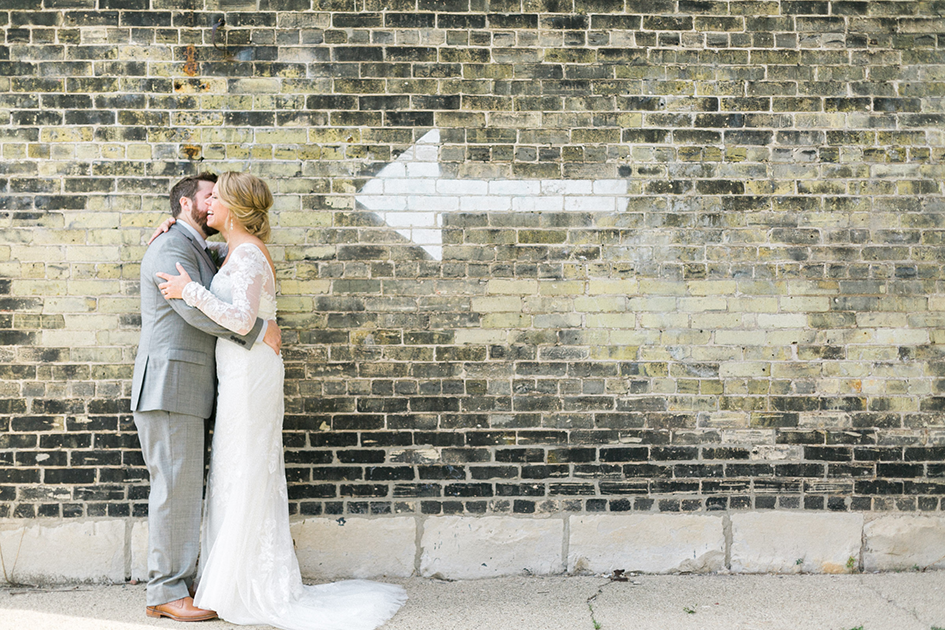 Simply put, Nicole Mielke and Jason Gregorius are longtime friends who fell in love. Having known each for 15 years, and reconnecting nine years ago, the two hung out all the time as friends and even bunked up as roommates, along with Nicole’s maid of honor, for a few years. But as it often does, friendship bloomed into something more, and the two officially become a couple in 2010. Nicole and Jason share a love of music and travel—a perfect combination for following Phish, their favorite band, whose music was included as the bride entered the ceremony and as the reception came to a close. South Second, a stunning new industrial-chic loft venue in Milwaukee, was the ideal setting for this laid-back, bohemian-at-heart couple. And in true boho style, the couple chose their wedding date to coincide with the fall’s harvest moon. “Our first dance was to Neil Young’s ‘Harvest Moon,’ ” says Nicole. And despite an overcast day that threatened rain, Nicole says, “the clouds parted just enough that night to allow the harvest moon to peek out.”